A nice review is, of course, nice. But one that appears in your hometown’s newspaper is nicer. I’m delighted to see this review of  Pins and Needles in the Southside People.

The book is available in ebook or paperback on Amazon or in these shops now and please remember to come along to the launch on October 12 to help me celebrate with a nice glass of Spanish wine. Hope to see you there! 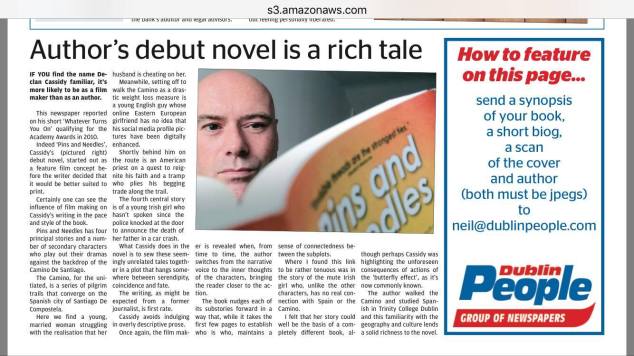 ‘Pins and Needles‘, which has only been available through Amazon, is now in bookstores. It’s a really nice feeling, as I’m sure any author will agree.  In Dublin south city centre it’s in Hodges Figgis on Dawson Street (where I hope you’ll be coming along to the offical launch on October 12). On the northside it’s in the Winding Stair on Ormond Quay near O’Connell Bridge. In the north Dublin suburbs you can get it in Manor Books of Malahide while in the south Dublin suburbs it’s in Alan Hanna’s in Rathmines and The Rathgar Bookshop in Rathgar. The book retails at €10. 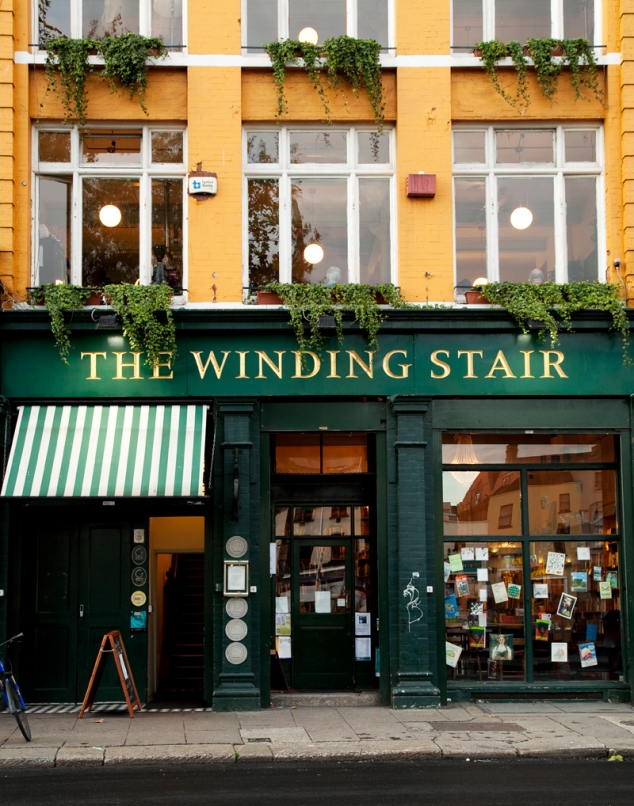 The Winding Stair on Ormond Quay. One of Dublin’s best loved bookstores. Pins and Needles is now available here. 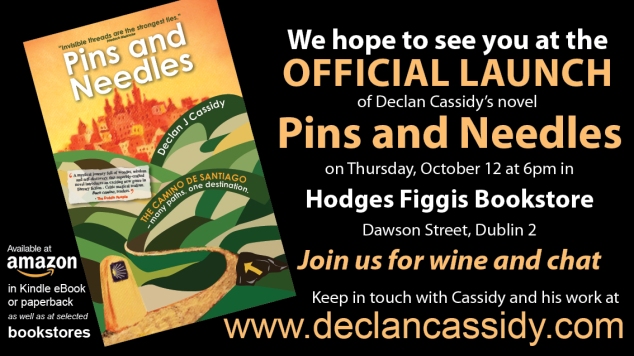 The books are back from the printer so I’ve been able to nail down the launch date. Because the novel is set against the Camino de Santiago, I’ve decided on nice Spanish wine and nibbles. I realise that some of you reading this may have a slight difficulty flying into Dublin from the Pacific coast of the USA for a glass of wine and to say ‘hi’ but if you happen to be in or near Dublin, I do hope that you’ll pop along. Don’t worry, you won’t be pressurised into anything. It’s just a celebration that the thing got finished – and I love the job the the printer has done 🙂 Put the date in your diary – October 12, 6pm Hodges and Figgis on Dawson Street.

The ‘powers-that-be’ suggested Thursday, October 12th would be suitable for the official launch of ‘Pins and Needles’ in Hodges Figgis – one of my favourite bookshops – on Dawson Street, just a stone’s throw from Trinity College Dublin. I made a series of phone calls to all my friends, checking their availability, and found that both of them are free 🙂 so, we’re locked in. The rest of the day was spent deciding on things like “plastic or glass wine glasses?”, “will I talk for few minutes or make a short video?”. With the book’s connection to the Camino de Santiago I’ve decided on Spanish wine and something along the lines of tapas. This prompted another string of ponderings on the nature of the latter. The main thing is, I guess, that the launch is on and I hope that you’ll be there to tell me if the wine choice was right and if the tapas hit the spot. Put it in your diary. It’s at 6pm in the aforementioned bookstore. I’ll be setting up a Facebook event so RSVP there. If we’re not Facebook friends then please rectify this situation :)You’ll find me here: http://facebook.com/declanjcassidy
In the meantime, someone got on to me to ask me if I was aware that my book is on sale on Ebay in Australia! Not only that, but it’s selling at $54. I had to check it out and, sure enough, there it is. At least it’s not going at a bargain-basement price 🙂